Business interruption and cyber incidents dominate risk landscape for companies of all sizes and sectors in 2018.

They take aim at the backbone of the connected economy and, when they strike, can jeopardize the success, and even the existence, of companies of every size and sector. Business interruption (#1 risk according to 42% of respondents) and cyber incidents (#2 risk according to 40% of respondents) are now considered the top global risks facing businesses this year according to the Allianz Risk Barometer 2018. The 2018 report is based on the insights of 1,911 risk experts across 80 countries.

After a record-breaking $135 bn in insured losses from natural catastrophes alone in 2017 – the highest ever recorded – driven by hurricanes Harvey, Irma and Maria in the United States and the Caribbean, natural catastrophes have been ranked as the third largest threat to businesses internationally in 2018 according to 30% of research respondents. And following a record-breaking 2017 disaster year, climate change and increasing volatility of weather featured within the barometer’s top 10 most serious risks (ranking #10) – this particular issue had never ranked this high on the scale of concern since the report launched.

With companies increasingly recognising the potential for innovations such as artificial intelligence and autonomous mobility to create new liabilities and larger-scale losses moving forward, the risk impact of new technologies is unsurprisingly one of the biggest climbers this year – moving from #10 on the risk barometer in 2017 to #7 in 2018. By contrast, businesses appear less concerned about market developments as a global threat to business, with this emerging as less of a concern for business in 2018 shifting from #2 last year to #4 this year.

Business interruption (BI) is the most important risk for the sixth year in a row, ranking as the top threat in 13 countries and in regions including Europe, Asia Pacific, and Africa & the Middle East. No business is too small to be impacted by this issue. Companies face an increasing number of scenarios, ranging from traditional exposures (such as fire, natural disasters and supply chain disruption), to new triggers stemming from digitalisation and interconnectedness that typically come without physical damage, but with high financial loss. Breakdown of core IT systems, terrorism or political violence events, product quality incidents or an unexpected regulatory change can bring businesses to a temporary or prolonged standstill with a devastating effect on revenues. 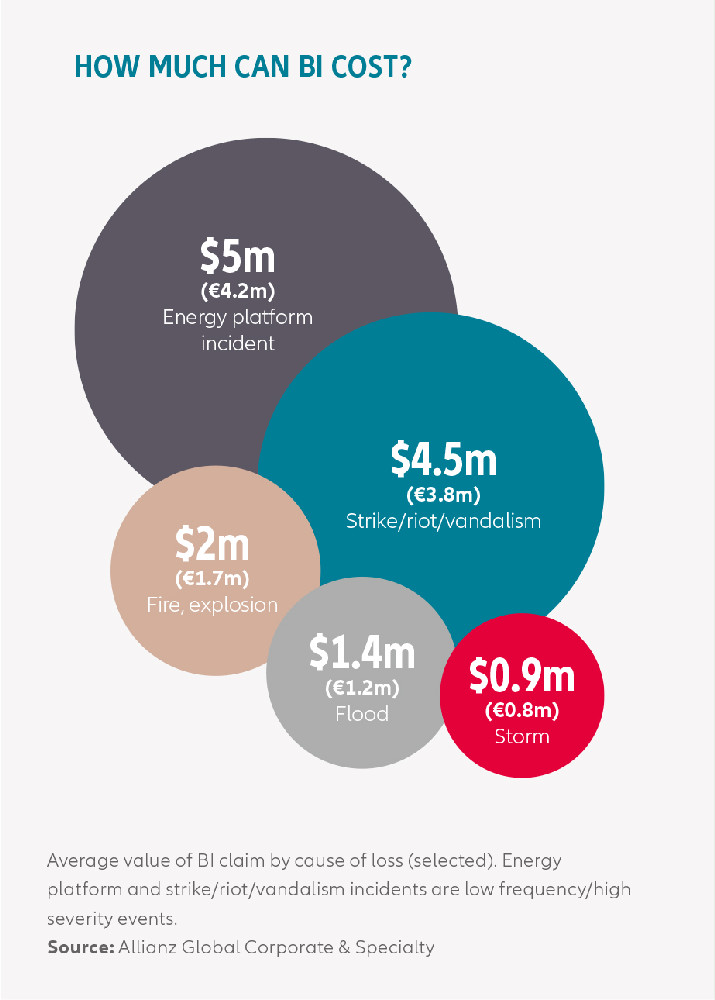 Cyber incidents continue their upward trend in the Allianz Risk Barometer. Five years ago, they ranked as #15, but they now stand as the second most serious risk to global business over the coming twelve months. Multiple threats such as data breaches, network liability, hacker attacks or cyber BI, mean that they are now the top business risk in 11 surveyed countries and the Americas region and second in Europe and Asia Pacific. Cyber incidents also rank as the most underestimated risk and a major long-term peril. 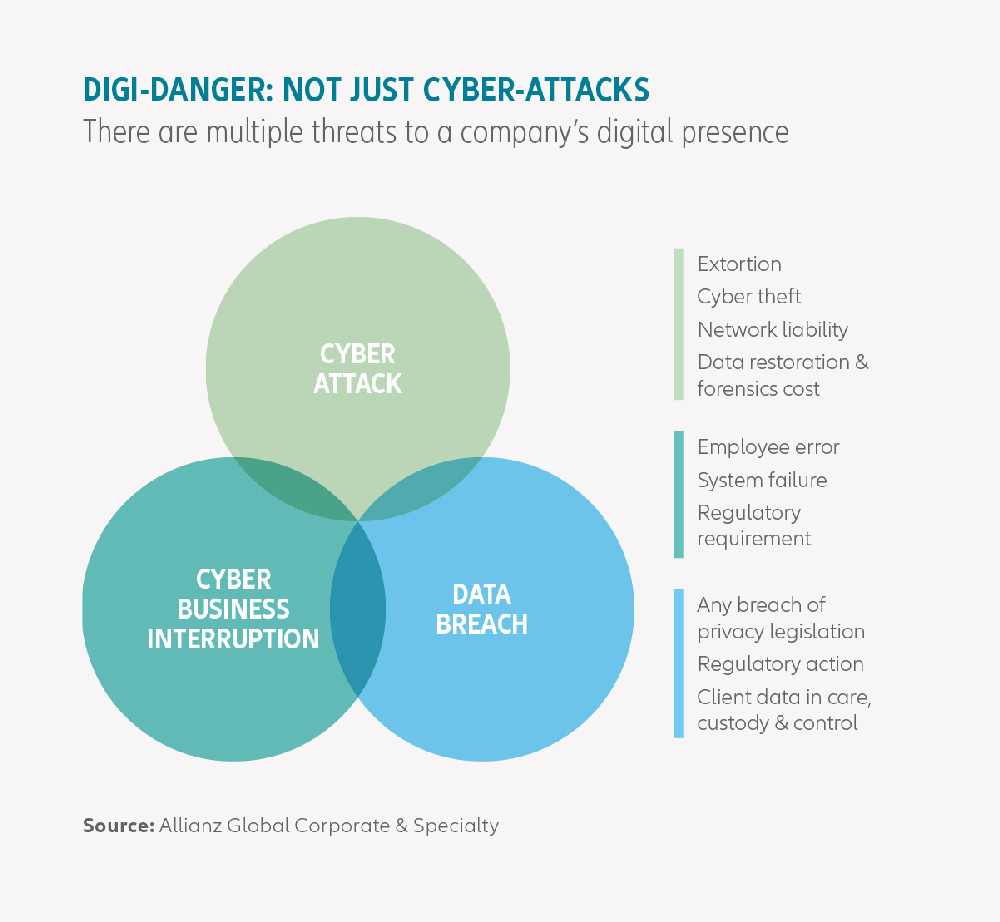 Driving in Ice and Snow

With the winter months approaching it is reasonable for us to expect ice and snow. Driving in these conditions can be hazardous.

Tips for Driving your Car Abroad

Driving in a foreign country is daunting at the best of times. Here are our top tips to make your foreign driving experience as pleasant as possible.

Antrim Castle Gardens will be bursting with colour from 5th - 7th May 2017 as Allianz Garden Show Ireland returns to the beautiful venue for a three day festival of flowers, food and fun.